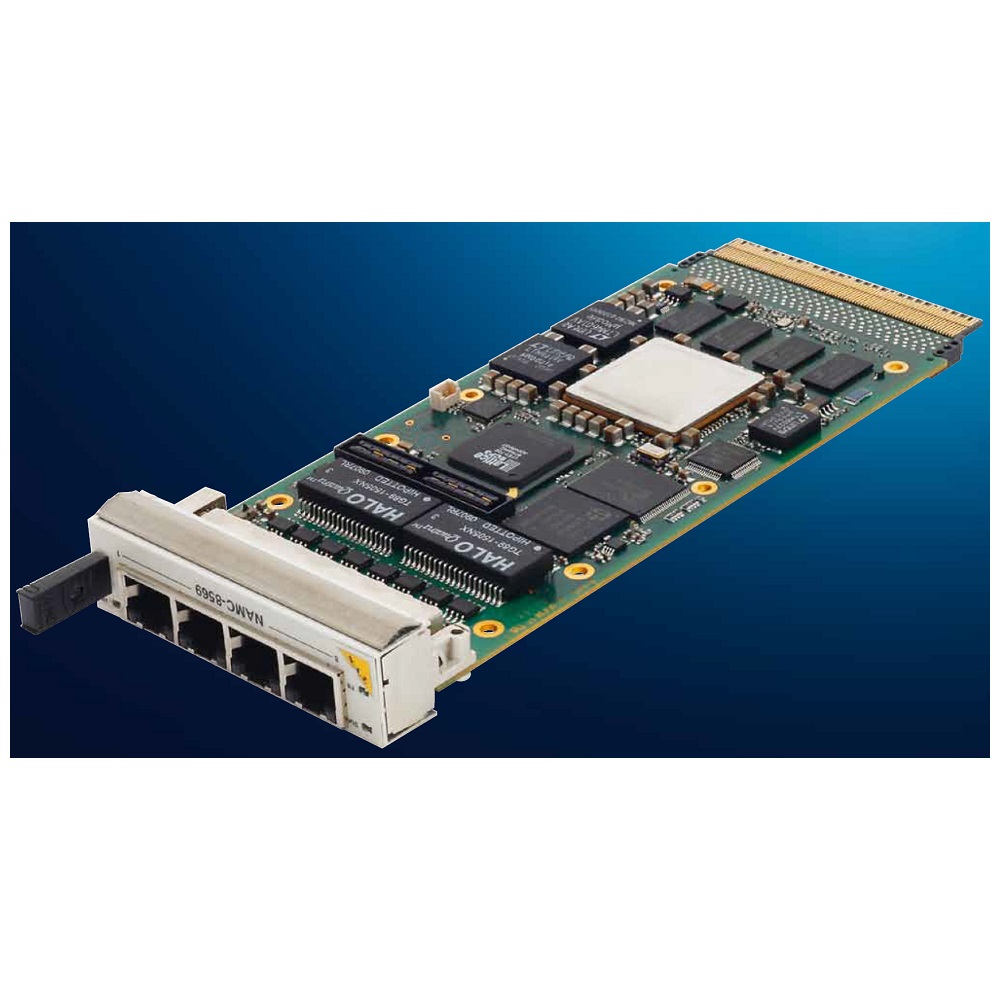 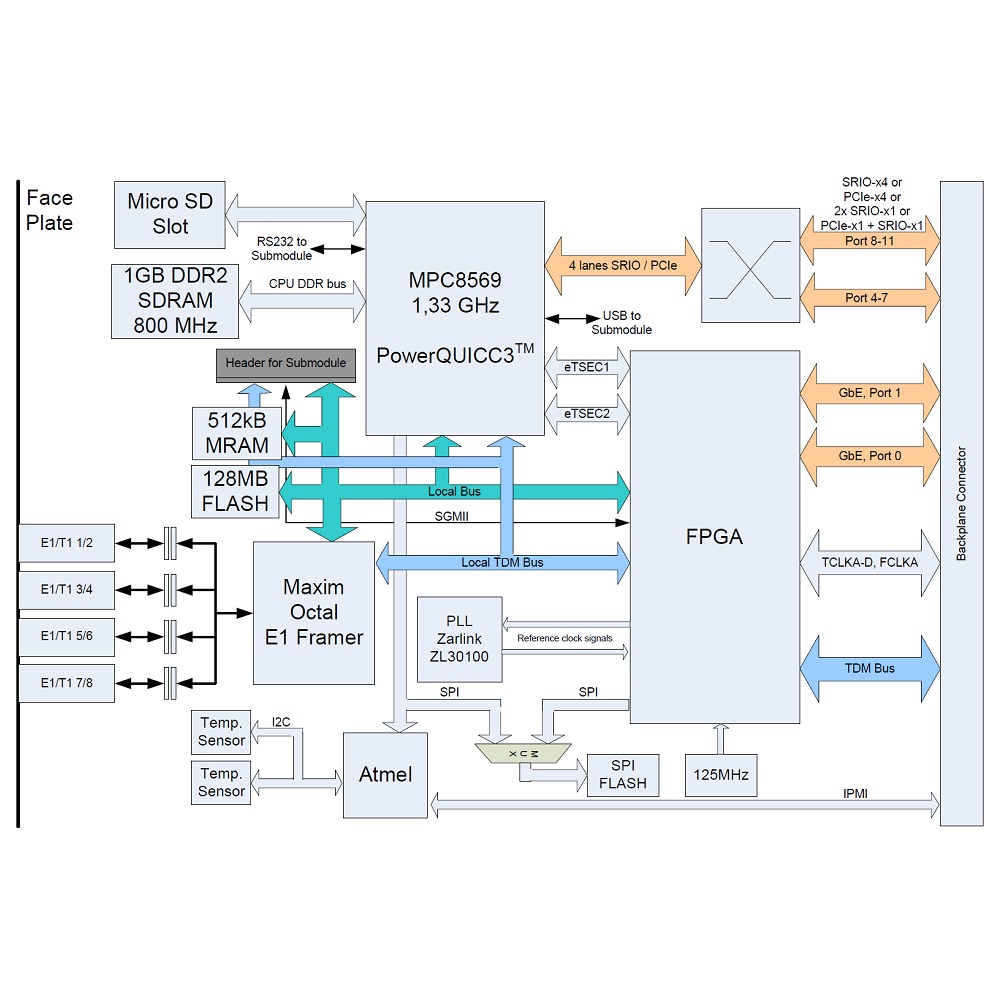 8 or 16 E1/T1/J1 channels with front I/O and AMC.1 type 4, AMC.2 type E2, AMC.4 Serial RapidIO interface. A MPC8569 PowerQUICC III™ CPU with up to 1.33 GHz clock, up to 1 GB DDR2 SDRAM and up to 128 MB Flash is used as the local CPU and communication controller. The framer DS 26518 from IDT provides access to eight E1/T1 lines at the front panel. Each of the four or eight RJ45 ports in the front panel are occupied with 2 channels. The full size version can be equipped with an additional mezzanine board to count up the line interface to 16 E1/T1.

The four/eight Line interface can be configured by software as E1, T1 or J1. In addition to the I-TDM interface the TSI offers an optional 32 MHz H.110 alike TDM backplane interface. The TDM to I TDM Bridge is implemented by an Lattice FPGA. Eight LEDs in the front panel signal the line condition.

The NAMC-8569-xE1 from NAT supports telecom signalling protocols like SS7 as well as applications in ISDN, ATM VoIP and 3G environments. Support for OK-1 and Linux on request is available.