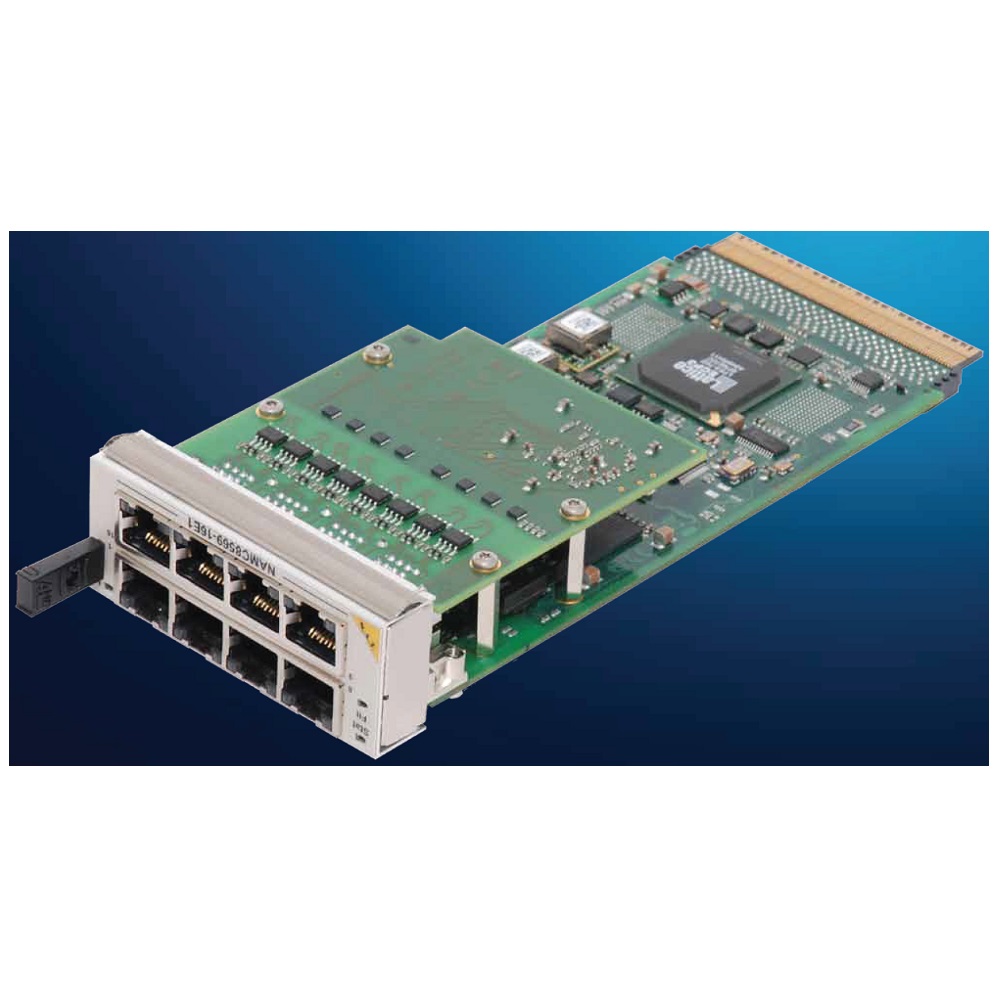 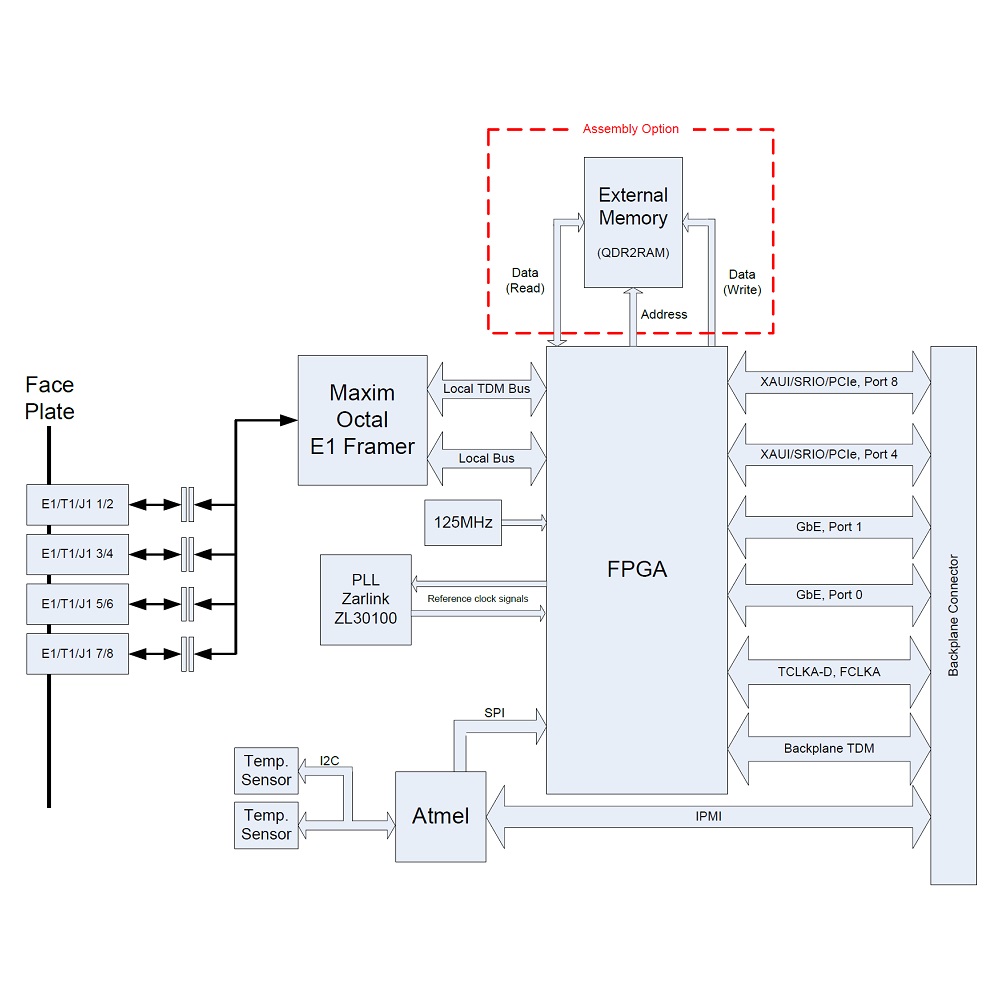 8 or 16 E1/T1 channels with front I/O and AMC.1 type 1, AMC.2 type E2, AMC.4 Serial RapidIO interface. The framer DS 26518 from Maxim/Dallas provides access to eight E1/T1 lines at the front panel. Each of the four or eight RJ45 ports in the front panel are occupied with 2 channels. The full size version of the NAMC-xE1/T1 from NAT can be equipped with an additional mezzanine board to count up the line interface to 16 E1/T1.

The four/eight Line interface can be configured by software as E1 or T1. Up to 16 LEDs in the front panel signal the link status. In addition to the I-TDM interface the TSI offers an optional 32 MHz H.110 alike TDM backplane interface. The TDM to I TDM Bridge is implemented by an Lattice ECP3 FPGA which offers 70.000 logic elements and 4 Mbit internal memory. In addition two QDR2 SRAM with up to 64 Mbit can be assembled.