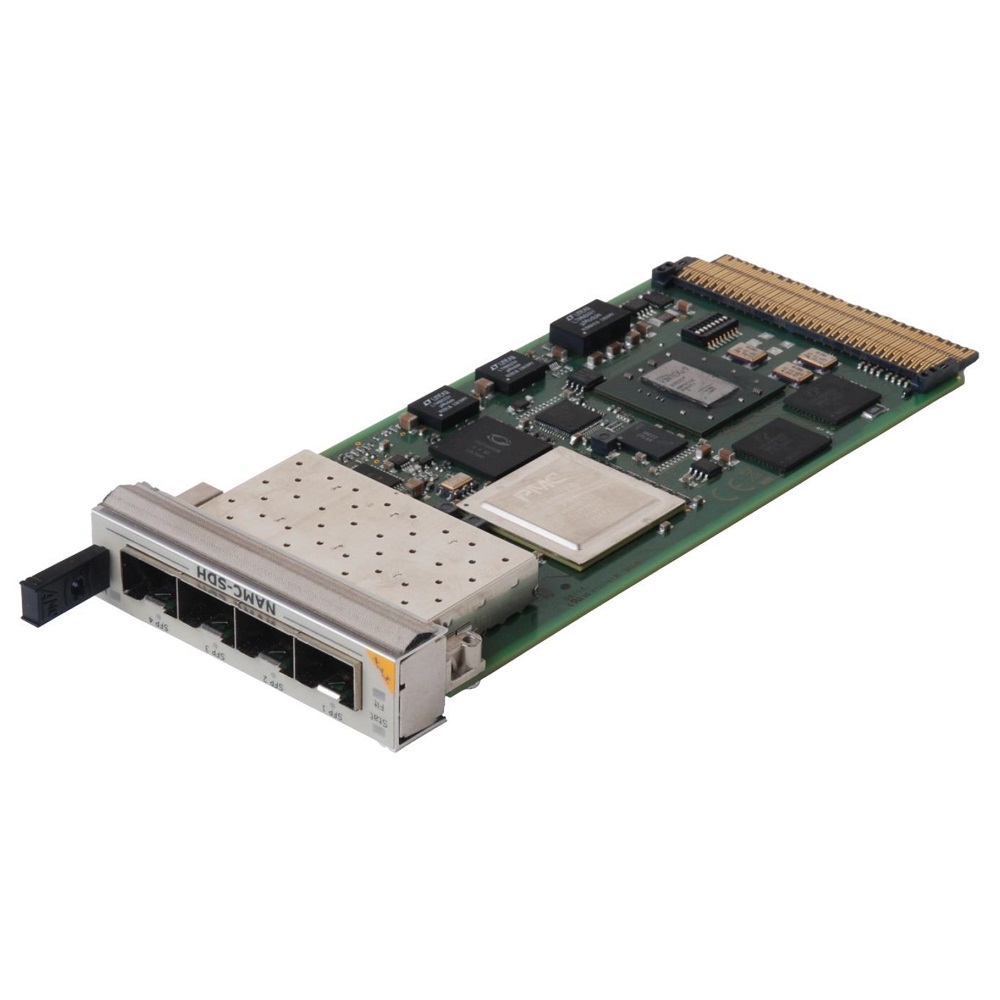 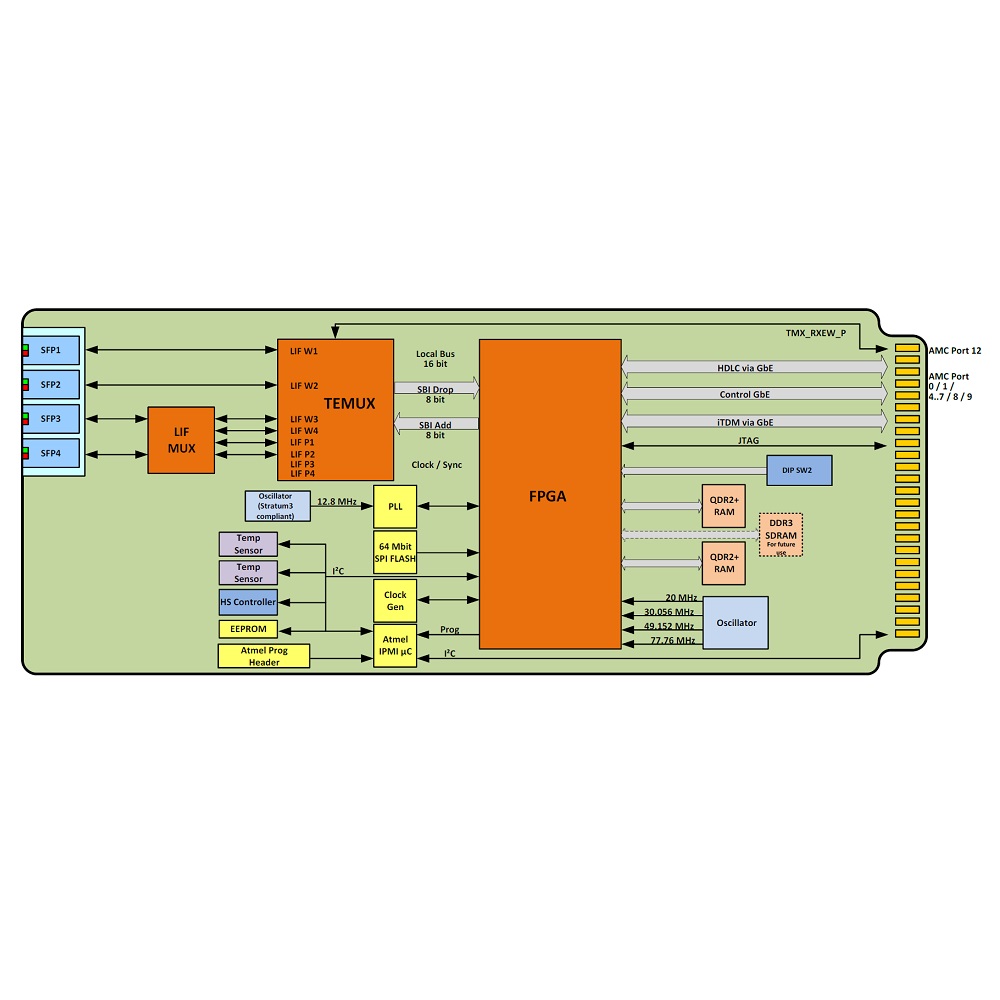 NAMC-SDH telecommunication board with Kintex-7 for data pre-processing, manipulation or filtering

The on-board Xilinx Kintex-7 FPGA provides the NAMC-SDH with a scalable and flexible but powerful onboard data engine, allowing for pre-processing and/or filtering. The Kintex-7 FPGA also allows the NAMC-SDH to seamlessly interface between the TDM domain and the Ethernet domain as needed by, for example, VoIP applications. The Kintex-7 FPGA is by default equipped with a standard image that implements an iTDM engine and a Time Slot Interchanger (TSI). Two 72 Mbit QDR2+ SRAMs or one 2 GB DDR3 SRAM (default) are connected to the FPGA.

An optional function block for the FPGA implements an HDLC controller, which offers a total capacity of 2000 x 64 kbit/s (2000 x DS0 bandwidth) per direction. It can be configured to handle up to 2000 separate 64 kbit/s channels, or to combine each up to 31 of the 64 kbit/s time-slots to super-channels. The TSI Block is used to either cross-connect a time-slot directly from Rx to Tx, to connect a time-slot to the ITDM controller, or to connect one or multiple of them to a channel of the HDLC controller.

The NAMC-SDH provides four optical interfaces on the front panel (up to four STM-1 or two STM-4 interfaces). The NAMC-SDH offers four 1GbE interfaces at AMC ports 0, 1, 4 and 8. This allows the board to operate in redundant setups as well as to select whether data transfer resides in the AMC Common-Option region (port 0/1) or in the Fat-Pipe region (port 4/8). The NAMC SDH is typically connected for operation in the fat pipe region with a 10G Ethernet switch (e.g., NAT-MCH) which is configured for the Gigabit transmission mode for the particular port. In addition to the multiple Ethernet interfaces the NAMC-SDH is prepared for optional Fat Pipe support (i.e. XAUI or SRIO) at AMC ports 4-7.